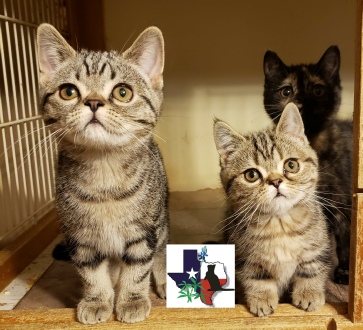 Let’s begin with a little introduction on these beautiful cats. The Minuet (also called Napoleon) is often described as a doll-faced Persian. Some describe them as having the face of the original Persians. Without a doubt, Minuets (Napoleons) have a distinct look that separates them from other breeds and makes them recognizable all on their own.  The Minuet (Napoleon) was originally bred from a member of the Persian breed group (Persian, Himalayan, or Exotic Short hair) and a Munchkin, but now that the gene pool has been expanded, many breeders are fazing out the outcrosses. However, it is still acceptable to breed the Persian group into the mix to cement certain features. Minuets (Napoleons) come in two versions, short and regular length legs, and each carries the same remarkable traits that are associated with these fabulous cats. The short version are called “standard,” while the long leg version are called “nonstandard.”

It should also be mentioned that Minuets (Napoleons) can have short or long hair.

I cannot stress enough that there are only two leg lengths of the Minuet (Napoleon) breed, standard and nonstandard. Anyone telling you differently is lying to you. 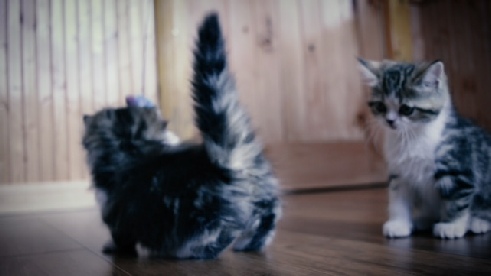 (Right) A single litter can produce both standard (short leg) and nonstandard (long leg) kittens. It is simply a matter of genetics that determines which kitten gets the short gene and the other a long gene. In some instances, depending on genetics and the parents, a litter can produce both long haired and short haired kittens, as in the picture to the right. The kitten on the left is a long haired standard and the kitten on the right is a short haired nonstandard. Both came from the same litter.

Minuets (Napoleons) are adorable no matter their leg length or coat length. They are also more than just a pretty face. They are intelligent cats that have a strong sense of family. They are very people-oriented and tend to want to be with their human family members. They defy the stereotype of a cat. They are playful and have a good balance of energy versus relaxation. It is my experience that these cats are good with other cats, animals, and children, although each one should be introduced with supervision and care to ensure that both the Minuet (Napoleon) and the other cat, animal, or children are safe during that initial meeting.